Warre
The flagship Warre vineyards at Quinta de Cavadinha in the Pinhão valley are relatively high, resulting in cooler temperatures and later picking dates than the lower-lying vines in the main Douro valley. Also included in the Warre’s 2017 are grapes from higher altitude vineyards at Quinta do Retiro in the Rio Torto and Quinta das Netas and Quinta do Alvito. These privileged locations were of great value in the very dry and warm conditions of 2017, and the Vintage Ports made in the specialist lagar winery at Cavadinha are remarkably balanced and structured, with Warre’s trademark elegance and liveliness.

Only 3,600 nine litre cases were bottled. 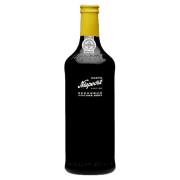